Butter to have loved and lost... 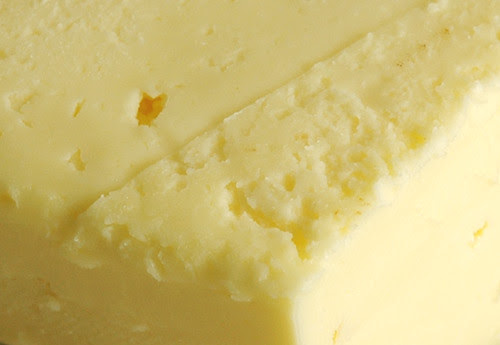 Margarine was invented by a Frenchman, the flamboyantly named Hippolyte Mège-Mouriés , but it wasn't his fault. For that we have to thank Emperor Napoleon III, who in 1869 offered a prize to anyone that could make something people (soldiers and poor people were his target audience) would believe was butter but actually wasn't. Once again someone bearing that singular name brought the whole French nation into disrepute. Be it the Peninsular War, Waterloo, Invading Russia or Margarine, it seems the family name of Napoleon has thrived on Very Bad Ideas. Thank the Lord then for Wellington and more to the point to those self same poor French people who went about making bloody good butter all the same.
Good butter is one of the main reasons I write this blog. Yes, of course I bang on about restaurants, where to find a good sausage roll and the best way to eat a chicken wing (actually, I don't think I have done those last two) but when it boils down to it, the simple pleasure of butter on bread is the high point of my day. I probably eat a bit too much, but screw it, a couple of extra lengths in the pool and I'm good.
This particular butter, an Echire demi-sel bought from those very surly blokes at Borough Market, yeah, you know who I mean, was everything good butter should be. A certain firmness born of nobility and not just frigidity (can I just point out that is probably the most pretentious sentence written on any food blog, ever). A silky quality as the knife cuts through and spreads it onto bread. The hit of creaminess and the sea salt twang followed by that long mellow sweetness. Man, eating a single ingredient does not get much sexier than that. Many a horrific meal has been rescued by the mere presence of some pretty good butter and a not quite stale baguette.
cooked up by Monkey Gland at 11:38:00 pm

pretentious? you obviously havent been reading spittoon of late then!

While overseas in Asia I spent a little (or a lot) extra to buy Lurpak Danish butter over the local type. Spread on some artisian bread from the Euro deli, it was all I had for breakfast for close to a year.

I wonder if I can find Lurpak here...

Sigh, good butter makes me swoon. My every day butter is salted kerrygold, but I treat myself to special ones every now and then. It's always worth it.

Margerine, ugh!
I found a 1979 book the other day, and every single recipe called for margerine, even the ones for hollandaise and shortbread. What we went through , as children in the 80´s, it´s horrifying

Once a week I spread huge amounts of butter on my bread. Much better than a little each each day.

Good butter spread on good bread is the highlight of my day too. It gets me out of bed everyday. I didn't know margarine was Napoleon's doing. That's the kind of thing we should have learned in European History!

A few years ago I was sitting in a job interview at a very famous American restaurant, Chez Panisse. One of the five people interviewing me asked what inspired me culinarily. "Butter." I blurted out. Later of course I realized that perhaps I should have said strawberries or something easier.

"Good butter is one of the main reasons I write this blog."

Good butter is one of he main reasons I go on living.

Thanks for the ode.

Well then, it is no wonder Napoleon was exiled. Warm bread from the bakery and real butter is a daily ritual/requirement.

When I was in London, I bought some of the Montgomery Butter, which looked lovely. Someone asked why on earth I would bring butter back to France, but it really looked good and I wanted to try it.

When I got home and opened the package, it was waxy and had perhaps a vague butter flavor. What a disappointment. I now only buy butter at the fromagerie, flecked with big crystals of fleur de sel.

If you're going to eat butter, then eat butter! No point in blogging unless you can include butter as often as possible.

(The French invented pasteurization too, one of the worst things to happen to cheese since, um, Napoleaon.)

I, too, buy far too much Echire butter from the (not really very surly) gentlemen at Borough Market. Thrown into a hot frying pan it seems to refuse to melt for ages. I've tried and tried fancy versions of English butter, but nothing competes for texture and flavour. English cheeses can compete with any in the world: why can't we make delicious butter?